Tickets now on sale for “Celebrate Hope” (Christmas with the Marionettes 2012)
by Caroline Taylor on November 18, 2012 in Featured Story News 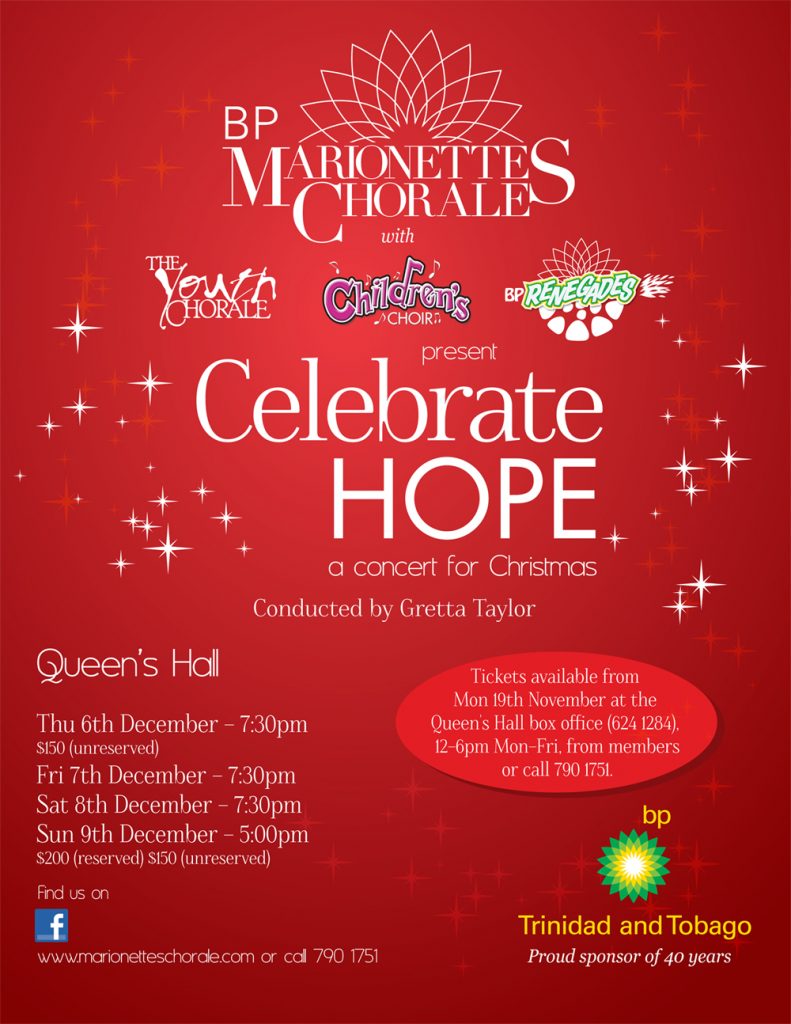 “Celebrate Hope” continues in the vein of the group’s last two series, both of which emphasised the need for peace in our land and the role each of us can play in achieving it. Their mid-year “Gift to the Nation” also showed how bright both the Marionettes’ and the nation’s future can be with the introduction of the 50-strong Children’s Choir, featuring talented performers as young as six years old. There was no doubt that they stole the show. 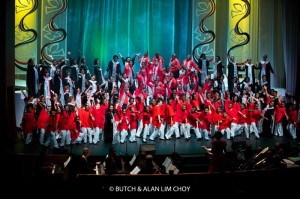 Next month, audiences once again can look forward to the Marionettes’ now three choirs making beautiful music with the Renegades, and weaving the Yuletide theme through a mix of classical, spiritual, jazz, reggae and calypso with Christmas and soca parang favourites. The talents of some of the nation’s best-loved soloists will also be on show: Jacqueline Johnson, Hermina Charles, Diahann White, and several adult ensembles, alongside young soloists Dominique Akal, Sharissa Camejo, Chereeme O’Shaughnessy, and Annalise Emmanuel.

“Celebrate Hope” also marks a milestone for the relationship between bpTT and the Marionettes, as they commemorate 40 years of unstinting and exemplary partnership. “BPTT began its partnership with Marionettes in 1972, and our commitment has endured because we share the belief that arts and culture can be used as a powerful agent for self development,” explained bpTT President Norm Christie. Together, the two organisations once again present their special free matinée for senior citizens and children from institutions which care for some of our society’s most vulnerable. “For many, the Marionettes’ Christmas show marks the traditional launch of the local Christmas season. The highlight for me each year is the opportunity to join in working with my fellow employees and other volunteers in hosting the special matinée.”

“Celebrate Hope” runs Thursday 6 through Sunday 9 December, with shows 7:30pm Thursday through Saturday, and 5pm Sunday. Tickets Friday–Sunday are $150 open and $200 reserved, with specially priced $150 (sit anywhere) tickets for the opening Thursday night only. Tickets go on sale Monday 19 November from the Queen’s Hall Box Office (12pm–6pm, Monday–Friday, tel: 624-1284); and from members of the Chorale (790-1751 or email@marionetteschorale.com).

The Chorale’s two holiday CDs ­– A Christmas Album (which features earlier collaborations with the Renegades) and Sing Noel – will also be on sale during the concert, and the full albums and individual tracks are available online at iTunes, CDBaby.com and TrinidadTunes.com.