Tickets now on sale for Carnegie Hall performance of Calling All Dawns
by Caroline Taylor on March 25, 2019 in Featured Story News 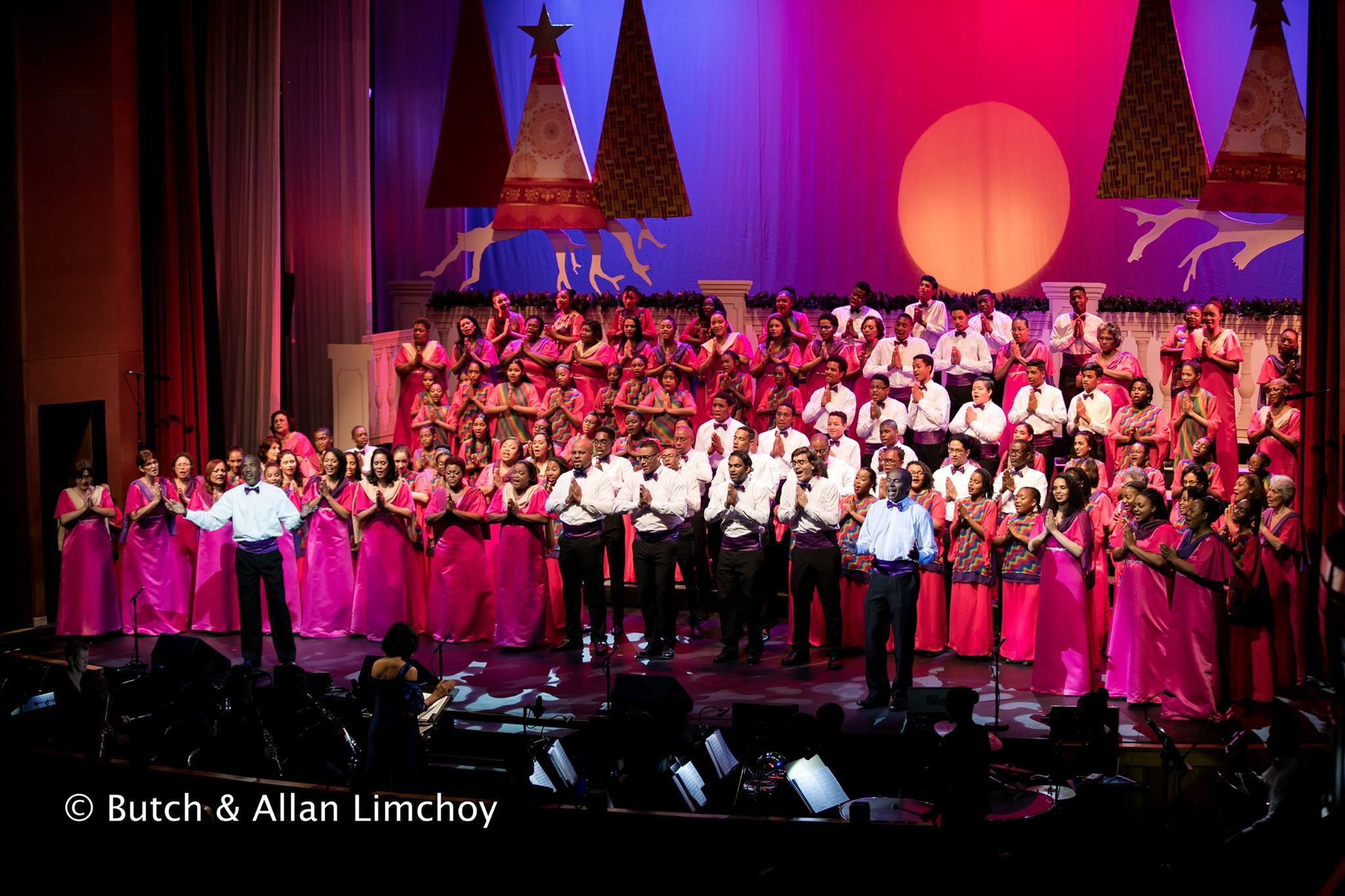 Last November, the Marionettes Chorale received an unexpected invitation from Distinguished Concerts International New York City (DCINY) to participate in a massed choir performance of Christopher Tin’s Calling All Dawns at Carnegie Hall’s Isaac Stern Auditorium on Sunday 9 June, 2019 — under the baton of the Grammy Award-winning composer/conductor himself.

With a contingent of just over 40 singers, the Marionettes and joins three other international groups (from Germany, France, and Switzerland) and three US choirs to form the Distinguished Concerts Singers International, comprising some 300 choristers. Christopher Tin will lead the performance — with soloists, chorus, and full orchestra — and will serve as the clinician for a multi-day music residency which will precede the performance.

The Marionettes received the invitation after representatives from DCINY, scouting for performers, found the Marionettes’ 2017 performance of “Baba Yetu”, the Swahili opening number from Calling All Dawns, on YouTube.

Dr. Jonathan Griffith, Artistic Director and Principal Conductor for DCINY stated: “The Marionettes Chorale received this invitation because of the quality and high level of musicianship demonstrated by the singers as well as the exceptional quality of their recording.”

Tickets for Calling All Dawns

Single tickets for Calling All Dawns are available direct from Carnegie Hall by phone, online, and/or in person at the box office, and currently range in price from US$20 to US$100. Balcony tickets are already sold out. 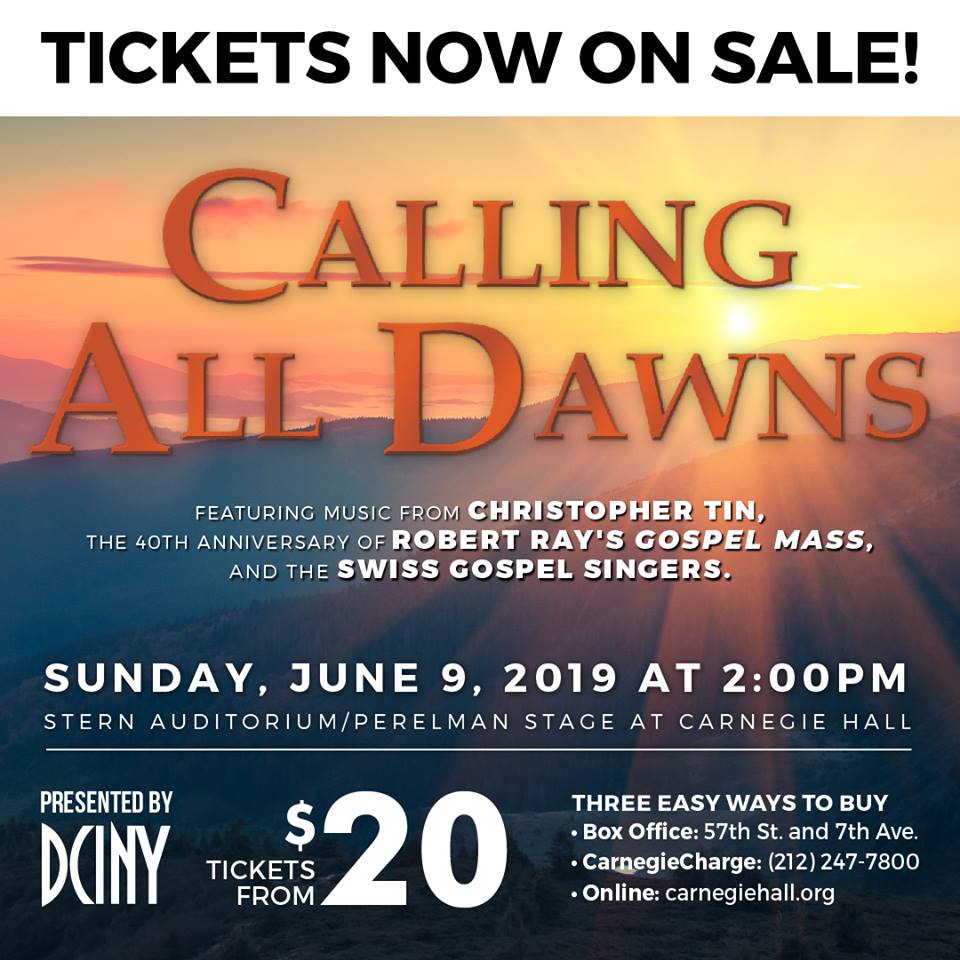 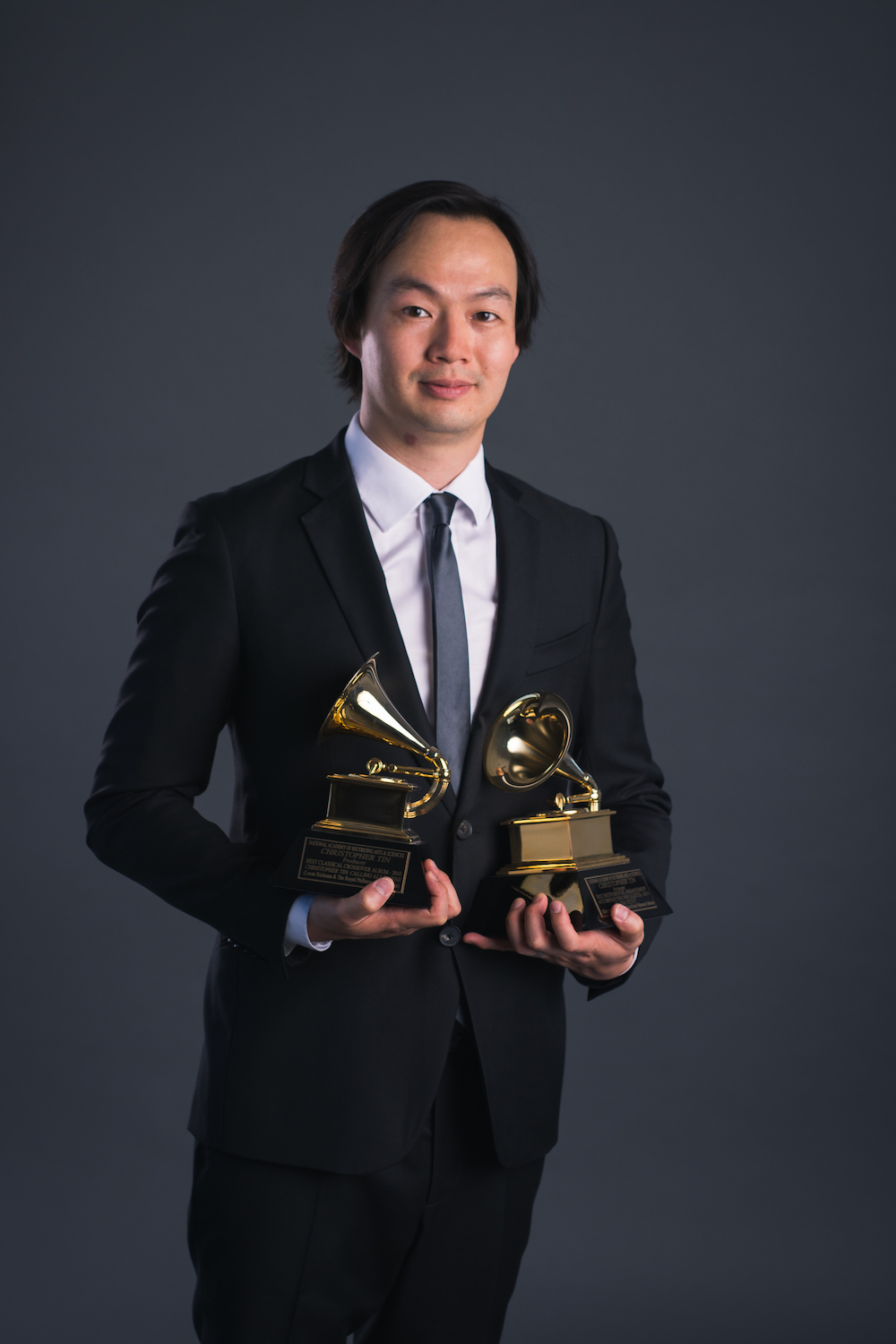 California-born, British-educated Christopher Tin is a two-time Grammy-winning composer of concert and media music. Time Magazine calls his music “rousing, anthemic” while The Guardian calls it “joyful” and “an intelligent meeting of melody and theme”. His output is strikingly diverse, ranging from lush symphonic works, to world-music infused choral anthems, to electro-acoustic hybrid film and video game scores. He is also an in-demand collaborator, working with artists across a wide-range of musical genres: Lang Lang, Alan Menken, BT, and Danny Elfman, to name a few.

His music has been performed and premiered in many of the world’s most prestigious venues: the Lincoln Center, Kennedy Center, Hollywood Bowl, United Nations General Assembly Hall, and Carnegie Hall, where he had an entire concert devoted to his music. He has also been performed by ensembles diverse as the Philharmonia Orchestra, Metropole Orchestra, and US Navy Band, and has also conducted full concerts of his own music with the Royal Philharmonic Orchestra and Welsh National Opera Orchestra.

His song “Baba Yetu” (from Calling All Dawns), a Swahili setting of The Lord’s Prayer, is a modern choral standard, fusing together infectious melody and gospel rhythms with complex modulations and soaring orchestration. It was the winner of the 2011 Grammy Award for Best Instrumental Arrangement Accompanying Vocals, and is one of the all-time best selling choral octavos for Alfred Publishing, as well as being one of the most frequently performed contemporary choral pieces. Originally written as the theme song for the video game Civilization IV, it cemented its place in history when the Guinness Book of World Records recognised it as the first piece of music written for a video game ever to win a Grammy.

Tin’s self-released albums have also achieved considerable acclaim. His debut album, the multi-lingual song cycle Calling All Dawns, won him a second Grammy in 2011 for Best Classical Crossover Album, and his follow-up release The Drop That Contained the Sea debuted at number one on Billboard‘s classical charts, and premiered to a sold out audience at Carnegie Hall’s Stern Auditorium.

Born to immigrant parents from Hong Kong, Tin grew up in northern California, firmly grounded in classical music, but heavily influenced by jazz, musical theatre, and the underground rave scene of ’90s San Francisco. He did his undergraduate work at Stanford and Oxford, graduating with honors with a BA in Music and English, and an MA in Interdisciplinary Studies in Humanities. He then received a MMus with Distinction from the Royal College of Music in London, where he graduated at the top of his class and won the Joseph Horovitz Composition Prize. He is the recipient of a Fulbright Scholarship, Sundance Institute Fellowship, and BMI Conducting Fellowship. He is composer-in-residence with DCINY, and has received commissions by the US Embassy in the United Kingdom, Stratus Chamber Orchestra, Bangor Symphony Orchestra, Orchestra at St. Matthews, and ISCMS Festival. He is also Honorary Artistic Director of the United Nations Chamber Music Society, Honorary President of the International Choral Festival Wales, and a patron of El Sistema France.