Search
The ladies of LES MIS: in their own words
by The Marionettes on May 18, 2015 in News

Carol Quash of the Newsday Women’s Weekly chatted with the leading ladies of Les Misérables. She asked everyone two things: what their experience was working with the Marionettes and on Les Mis, and what their plans were for the future. Here’s what they had to say (in alphabetical order). 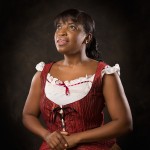 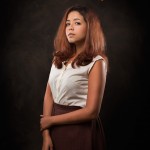 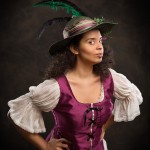 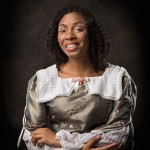 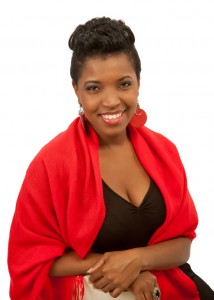 The members of Marionettes may not know it, but my affiliation with the chorale began in my childhood. My first voice teacher was Holitza Seecharan-Lawrence. She was also a soloist with the Marionettes Chorale and for many years I would attend Marionettes’ dress rehearsals and concerts to watch and hear my teacher perform. She was a wonderful mentor and a fabulous soprano. I especially remember her powerful rendition of “Ride On King Jesus.” She built my confidence and was the first to put me on stage in front of an audience.

As time passed, I developed a positive relationship with various members of the chorale through a guest performance and the brief but always encouraging and developmental words from Gretta Taylor. When auditions for the opera Carmen came around, Anne Fridal convinced me that I could land the title role. She trained me for the role and it paid off. The character of Carmen is free and self-assured.  Playing this role meant moving yourself to a state of comfort and confidence to allow others into your personal space.  The months of rehearsal cemented my relationship with the chorale. Jumping into the role of Fantine in Les Mis within this familiar space was a real advantage. I hope to have the opportunity to work with them for many years to come.

There are so many future ideas in my head that I sometimes overwhelm myself. I do know that God, family and my music will play a great part.

I hope to do more work with the two gentlemen that I call my big brothers in the music…namely Enrique Ali and Michael ‘ Ming’ Low Chew Tung. They have heavily influenced two seemingly opposing areas of my singing career…classical music and Caribbean jazz/Adult contemporary music respectively. These men have two things in common. The first is that I totally respect their music, their skill and hence their opinions. Secondly, they both demonstrated faith in my talent. They simply believed that I could…..and then made me do it. 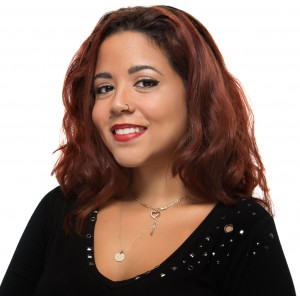 My name is Aurora Tardieu and I am a Singer, Actor, Voice Coach, Writer, Make-up Artist, and aspiring Theatrical Director. Crucial to my survival is the need for a creatively charged work environment, and so, I chose to lay down my search for one ‘successful job’ in favour of pursuing all of my favourite jobs. As a make-up artist on a production set or at a wedding; as a performer of musical theatre or on film; as an advertising copy writer and budding screenwriter; I love to mould and create, I love to refine, and I love to tell stories.

There is a rising consciousness among humanity towards the pursuit of an intrinsically happy life; I am an outspoken part of this movement. Existing in a unique universe situated somewhere between my imaginings and the shifting borders of reality, the stage is my favourite medium for merging these two worlds, by allowing me to slip into characters which grant the exploration of new perspectives. It is an experience each person should have at least once, if only to learn the invaluable art of being able to step outside of oneself and live in the shoes of another; an increasingly rare trait.

I’ve portrayed the likes of Mary Magdalene in Jesus Christ Superstar (2005), Maureen in Rent (2011), Audrey in Little Shop of Horrors (2012), Eponine in Les Misérables (2014), Glinda and the Yellow Brick Road in The Wiz (2014), and for the first time ever am reprising a role on stage, that of Eponine in the Marionettes Chorale’s upcoming rerun of Les Misérables. It is an honour and a privilege to have been invited to audition for the role at all, especially since the Marionettes Youth Chorale was my first venture into performing.

After tagging along to their rehearsals with my mum for 6 years, my pillow and a Polly Pocket in hand to keep me quiet, and seeing every concert in that time I finally became an official member at the age of 11. For 8 years thereafter we performed ensembles from timeless compositions by the greats, to pore-raising renditions of local pieces (“The Ganges and the Nile” is probably my favourite), parang, and of course, musicals. Oh, the fun we had with Cats, Mamma Mia, Oliver, Hairspray, The Sound of Music, Phantom of the Opera, Westside Story… the list goes on and only gets better. The door to musical theatre was flung wide open.

Recently, I became a voice coach for children. My vision for the future does not include becoming a big star on Broadway, it centres on developing the stage right here at home, making it fit for the talent we possess locally, and that is where I wish to shine as well. There is a beautiful culture among our thespians and musicians, therapeutic to the tempestuous souls that encompass the growing community, as well as its patrons; it deserves to be invested in and raised to its full potential. The business community must recognise its role in supporting the arts, parents must encourage the development of their children’s non-academical abilities, and the communities must play a better role in the creative influences to which our young ones are exposed.

Les Mis is a big step in that direction, bringing a caliber of musical theatre to the stage that sets the bar on what we can expect to see being produced in the future. It captures the interest of children, who can become excited about stories that aren’t told through movie magic, yet offer a unique, thrilling entertainment experience. I’m both proud of and further motivated by the opportunity to be involved in the execution of this show. 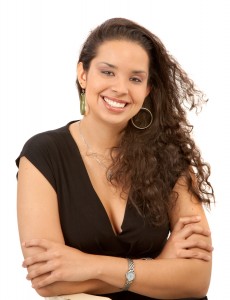 That’s actually a huge question! On Les Mis, I’m the stage director and play Madame Thénardier, and also work on the production side. I’ve basically grown up in the choir. Quite literally, I was in utero while my mother was leading the choir on a competitive tour of the UK! Working on Les Mis means I get to bring my theatre background to the table, as well as play a major part (no pun intended) in us staging this epic musical, loved by theatre afficionados the world over, on Trini soil. We have a lovely mix of people, all part of the extended Marionettes family, in the cast: a wide span of ages, backgrounds, and levels of training or experience in theatre/musicals/opera. By and large, the energy from the choir and the cast has been phenomenal, and the response from the audience unbelievably positive. We hope to bring the magic to even more people next week (while quite a few people who saw it last time already have their tickets to come back!). It’s been a huge growth experience, both terrifying and exciting, but incredibly rewarding. It’s a huge blessing, an experience I’ll be forever grateful for — to the cast and crew, our audiences, and our sponsors (title sponsor bpTT, media sponsor Flow, and supporting sponsors the Ministry of Arts & Multiculturalism, First Citizens, and NLCB).

In the broadest sense, I want to continue telling stories — through page, stage, screen, song… I hope the Marionettes will continue to be able to put on productions like this which mean so much to people. I know I’m speaking vaguely, but in my line(s) of work, you can never give too much away too early! 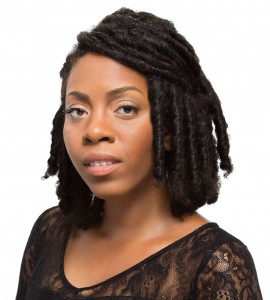 I joined the Marionettes Youth Chorale when I was twelve years old and performed as a chorister and eventually a soloist for 10 years consecutively.

Actually, I fell in love with Opera while preparing to perform Carl Off’s opera Carmina Burana with The Marionettes Chorale. I was awakened to its power for storytelling even through the orchestration. Though often in a foreign language, the stories and images are so relevant and painted so vividly and vibrantly using all the colours of the orchestra and the voice; to express the gamut of human emotion and aptly capture the intensity of our experiences.

Performing Les Mis was one of the most beautiful, incredibly rewarding experiences of my life so far. It was such great team effort: from the inspired, flawless set and costume design; to the efficiency and organization of the stage manager and crew; not to mention the warmth of the Marionettes family — everyone worked really hard to perfect the show.