Our Christmas Jubilee opens this Thursday; two performances already sold out!
by Caroline Taylor on December 2, 2013 in News 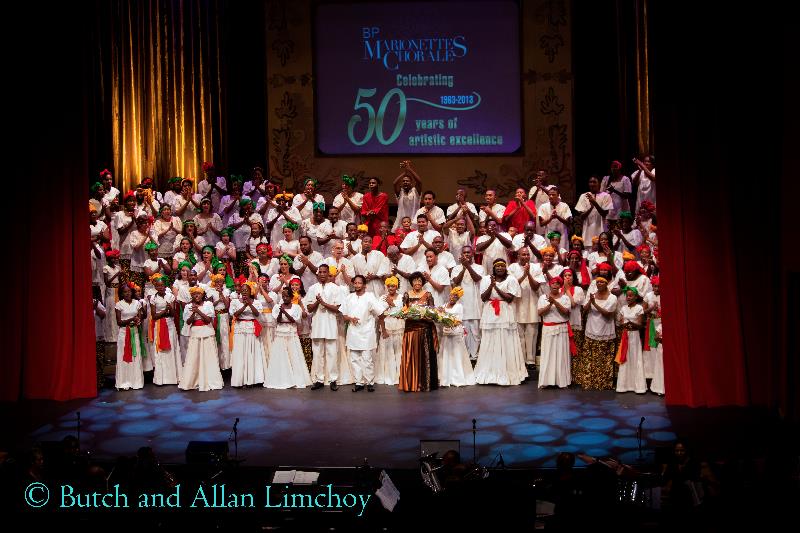 Advent has begun, but for many Christmas in earnest begins in Trinidad this Thursday as we open “A Christmas Jubilee” at the Queen’s Hall.

Tickets for both the Saturday and Sunday performances have already sold out. The few remaining tickets available for Thursday 5 and Friday 6 December (both shows 7:30pm) can be purchased from the choir (orders@marionetteschorale.com and 790-1751) and at the Queen’s Hall Box Office (624-1284, 10am–6pm daily).

The series is supported by media partners, the Caribbean New Media Group (CNMG); FLOW (Columbus Communications), on whose Local On Demand platform several of the Marionettes’ most popular concerts will soon be available; and by the Marionettes’ title sponsor since 1972, BP Trinidad & Tobago (bpTT).