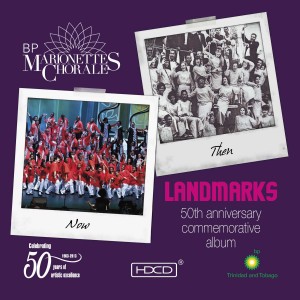 This anniversary double-CD contains some of the favourite pieces performed by the choir over the years. The music spans five centuries and many cultures. The first CD ranges widely over the Marionettes’ repertoire, while the second focuses on the music of Christmas, the season of the choir’s biggest annual production.

The selected performances reflect the cultural range of this versatile Caribbean-based choir. Alongside classic items by Handel, Bizet and Fauré is music from Africa, Israel  Brazil and Venezuela. The texts are in English, French, Spanish, Portuguese, Shona, Hebrew, Latin and Trinidad English.

Some of the music is sung a cappella, some to the accompaniment of a simple keyboard, some with a full steel orchestra (the BP Renegades). The choir’s own orchestra is highly flexible, functioning as a symphonic ensemble and in various instrumental combinations, often with steelpan and African drums.

The Marionettes may be fifty years old, but they are providing for a long-term future: a youth chorale was added in 1995, and a children’s choir in 2012. All three choirs perform on this album, on their own and in combination. US-trained choral conductor Roger Henry became the Marionettes’ Assistant Musical Director in October 2012. 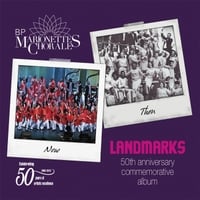 You can also order from members; on our website; on iTunes, Amazon, and your favourite legal music downloading sites. And if you’re in Trinidad, you can pick them up at: