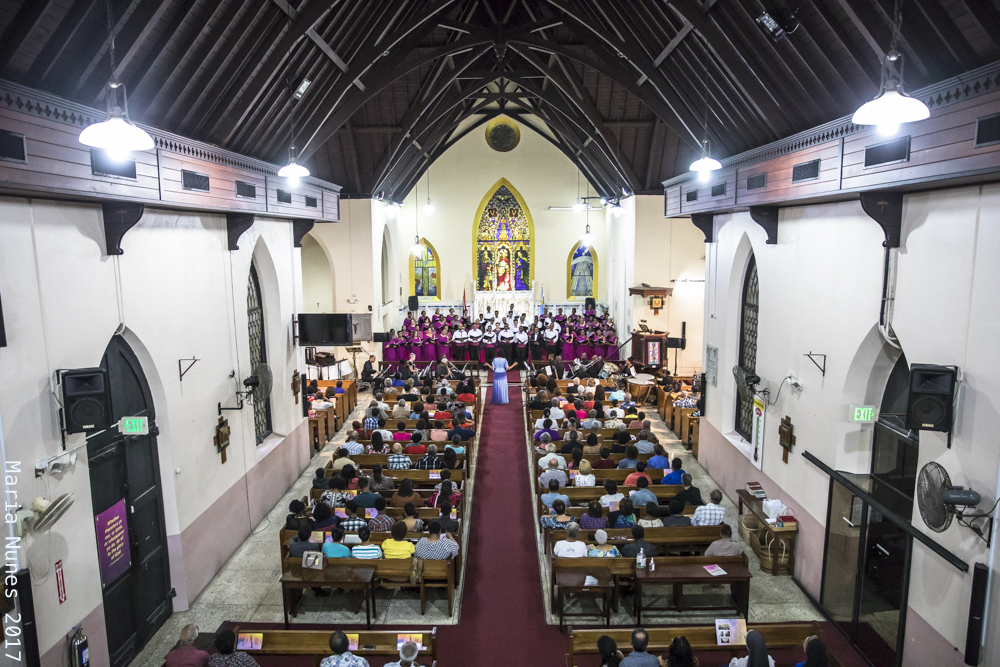 The Marionettes perform at All Saints’ Church for Hearts Beat Together 2. Photo: Maria Nunes Photography

In a celebration of music and community the BP Marionettes will once again present their mid-year concert series: Hearts Beat Together 3, from Friday 6 July to Sunday 8 July at various venues in Port of Spain and in east Trinidad.

This year’s production holds special significance for the Marionettes, as it signals the start of the choir’s 55th anniversary celebrations scheduled to run from July this year until July 2019. Added to that, the chorale will team up with the St. Joseph’s Convent (PoS) Choir for one of the performances, evoking sweet memories of its early moorings when Marionettes was founded by teachers and former students of the school.

With this major milestone to its credit, the third edition of Hearts Beat Together will feature the Adult, Youth, and Children’s Choirs performing a range of music under the batons of Artistic and Musical Director Gretta Taylor and Assistant Musical Director Dr Roger Henry.

Patrons will be superbly serenaded with spirituals, gospel, Broadway and calypso classics arranged by Desmond Waithe. Classical music lovers can especially look forward to the beautifully written Mass of the Children by English composer John Rutter. Featuring prominently in this segment will be Brian de Fereire (baritone) and Hermina Charles (soprano).

Not to be left out are the Marionettes’ many 2018 Music Festival winners —  Dominique Akal, Camille Nicholas, Brendon John, Jake Salloum, and Annalise Emmanuel, performing a variety of genres sure to find favour with audiences.

Here’s a look at CTV’s coverage of Hearts Beat Together 2:

Between July 2016 and December last year, the Marionettes has successfully raised nearly $750,000 over 16 performances for the upgrade and restoration of several churches and places of worship. Proceeds of this year’s Hearts Beat Together 3 will benefit upgrade and restoration works of All Saints Anglican Church, the St Joseph’s Convent (Port of Spain) Chapel, and the construction of the Maloney Anglican Church.

In a relationship which dates back to 1972 and still forges on today, BP Trinidad & Tobago (bpTT) remains an invaluable support of the Marionettes’ artistic endeavours and community partnerships.

For more information visit the group’s Facebook page at facebook.com/marionetteschorale. 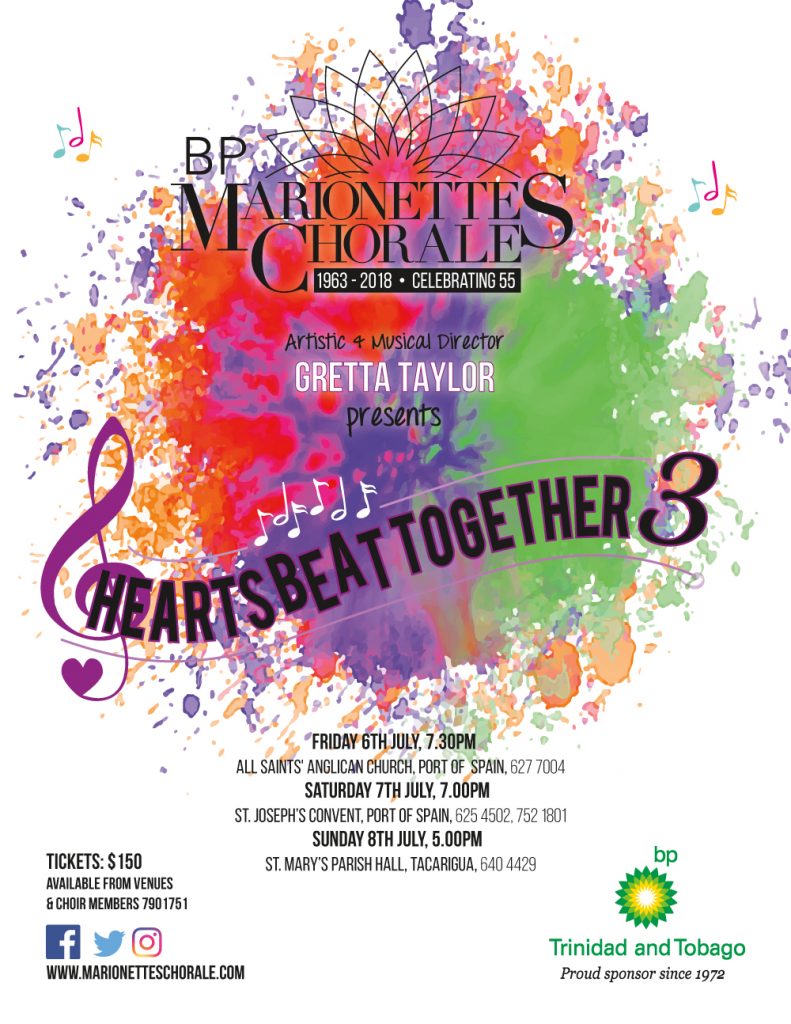