Search
Get your tickets for Hearts Beat Together 2!
by Caroline Taylor on June 23, 2017 in News 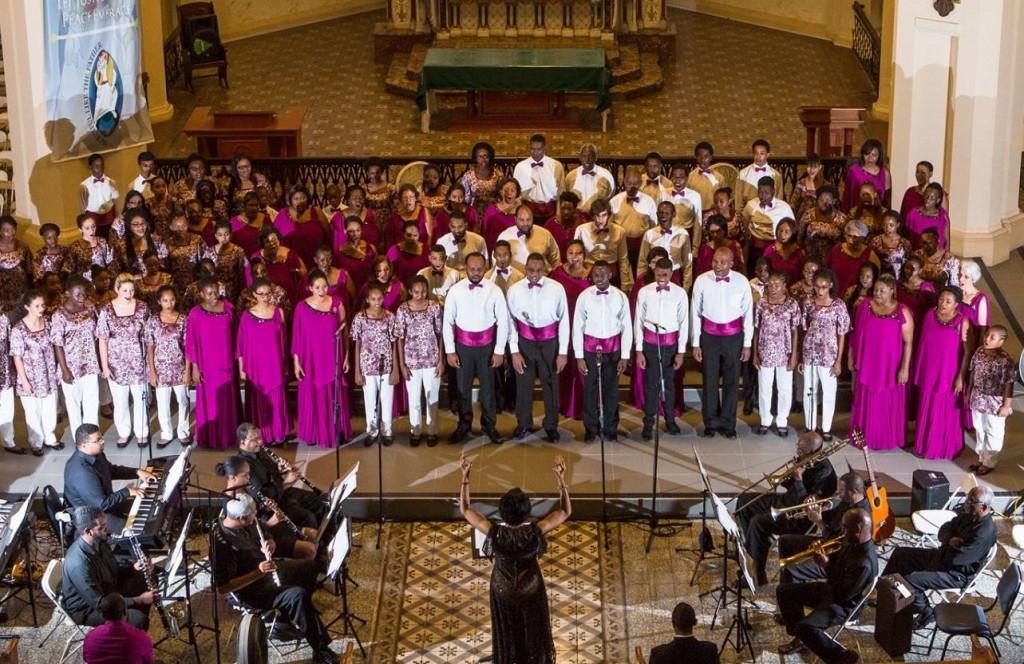 With so much work to be done in our communities and NGOs already stretched to the limit, the Marionettes have made it a priority over the last year — as we have many times since inception — to partner with organisations around the country to raise funds for critical initiatives.

Between July 2016 and April 2017, we’ve hosted nine different performances from which we were able to donate over half a million dollars, as well as contribute to our own Property Fund. And from Friday 7th to Sunday 9th July, we are on the move again to add to that tally with Hearts Beat Together 2 — a celebration of music and community!

For last year’s Hearts Beat Together series, our adult, Youth and Children’s choirs did four shows in Port of Spain, Chaguanas, and La Romaine. For this second edition, and once again under the batons of Artistic & Musical Director Gretta Taylor and Assistant Musical Director Dr Roger Henry, we head to All Saints Anglican Church in Port of Spain on Friday 7th (7:30pm); Our Lady of Guadalupe RC Church in Paramin on Saturday 8th (7:15pm); and the Abbey at Mount St Benedict in Tunapuna on Sunday 9th (5:00pm). 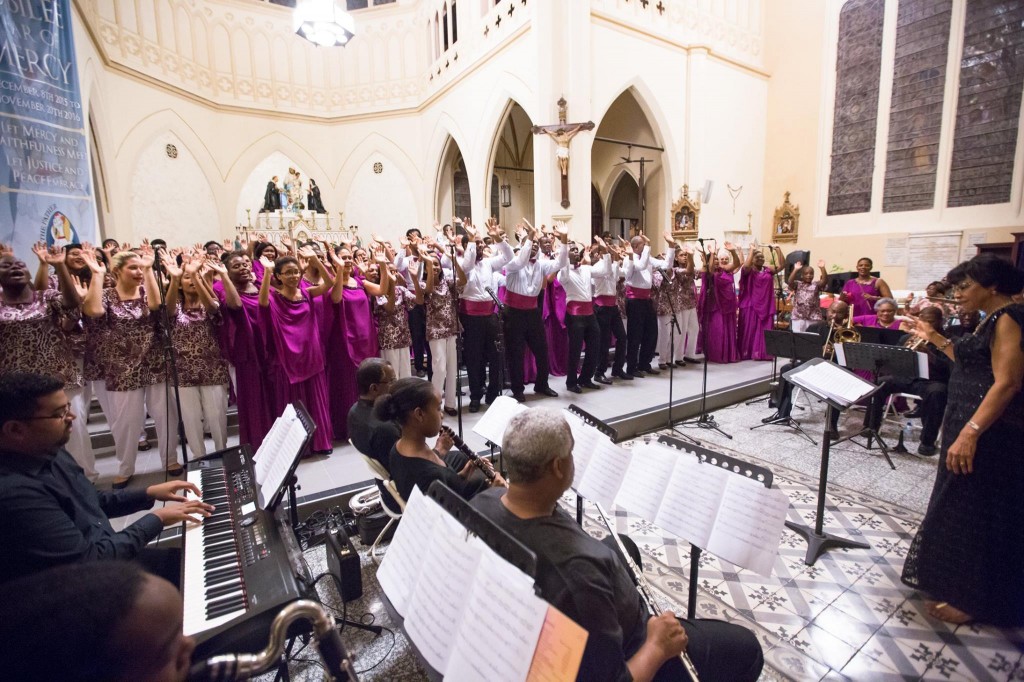 Tickets are already on sale, and are just $150. They’re available to reserve online, and from:

For more information about Hearts Beat Together 2, visit the group’s Facebook page at www.facebook.com/marionetteschorale.

A rich and diverse programme of music

Hearts Beat Together 2 will once again showcase our three choirs performing a range of music — spirituals, gospel, Broadway, calypso classics arranged by Desmond Waithe, and much more. Classical music lovers will especially look forward to a full performance of the ever-popular, dramatic and hauntingly beautiful Fauré Requiem in the first half, featuring Garfield Washington (baritone) and Dominique Akal (soprano). And fans of some of the nation’s top soloists of all ages — including Jacqueline Johnson, Gillian Seecharan, and Hermina Charles — won’t leave disappointed. The choirs’ movement is once again choreographed by the legendary Noble Douglas, while the versatile, award-winning Karen and Kathy Norman (K2K Alliance & Partners) have designed the ladies’ gowns.

Over nine performances in the last year, we have raised more than $500,000 for partner organisations and their initiatives. Here are some highlights:

With a longstanding commitment to community partnerships, the choirs also give regular performances for NGOs and charitable oganisations, raising over TT$3 million dollars in the last decade, in aid of the restoration of national monuments, help for victims of domestic violence, regional hurricane relief efforts, cancer treatment and prevention, mentoring and rehabilitation programmes for at-risk youth, and care for those with HIV/AIDS and the terminally ill.

As always, the Marionettes’ artistic ambitions and community partnerships are supported invaluably by BP Trinidad & Tobago (bpTT). “The Marionettes has become an institution in Trinidad and Tobago by using music as a force for positive change,” shared bpTT Regional President Norman Christie. “They reinforce the idea that music can bring together cultures and generations.” 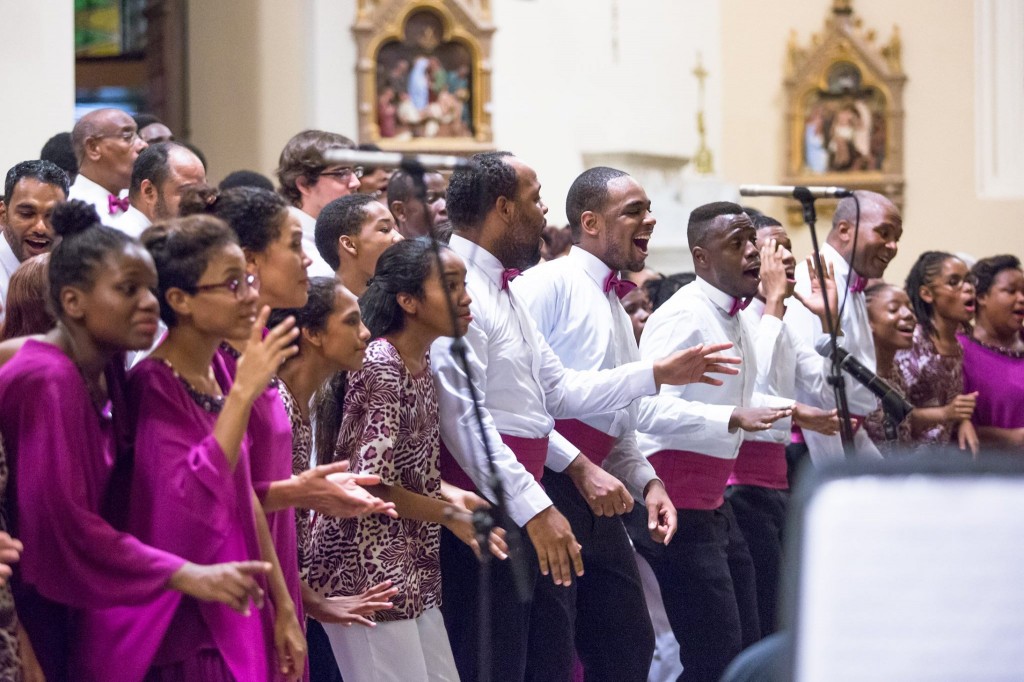 Founded in 1963, incorporated as a non-profit organisation in 2005, and sponsored by bpTT since 1972, the Marionettes (Hummingbird Medal Gold) is one of the Caribbean’s most celebrated choirs, both at home and abroad. In 1995, the Youth Chorale was formed, comprising boys and girls from over 30 secondary schools nationwide; followed by the formation of the Children’ Choir in 2012. The 120-odd singers of these three community choirs, and their multi-generational artistic and production teams, are entirely volunteer. Led by Artistic & Musical Director Gretta Taylor, Assistant Musical Director Dr. Roger Henry, Assistant Artistic Director Caroline Taylor, Property Fund Director Susan Dore, and a committee headed by founder member and Production Manager Joanne Mendes and Assistant Production Manager Jacqueline Smith, the three choirs mount at least two major series a year, showcasing a repertoire ranging from western classical (European Renaissance through postmodern pieces), to spirituals, gospel, Caribbean folk and calypso, and full-length operas and musical theatre productions like Carmen (2011) and Les Misérables (2014 and 2015). 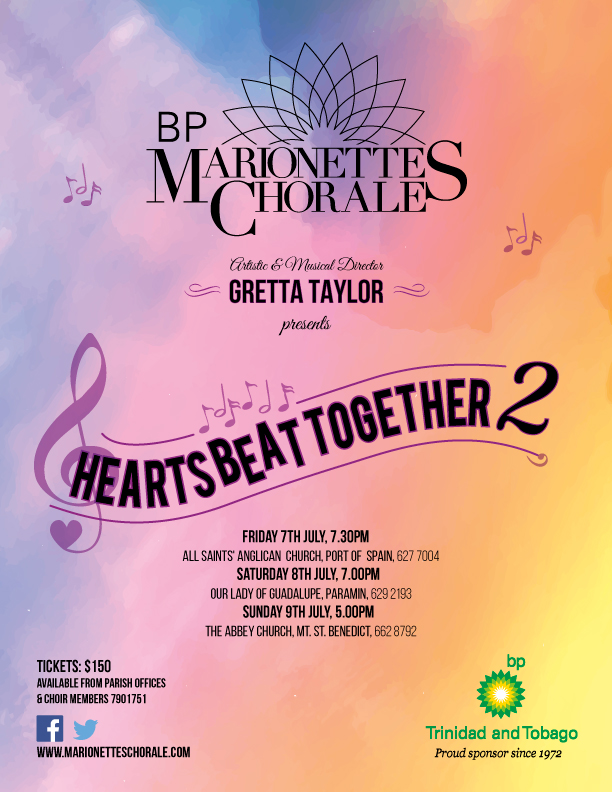