Search
Casting complete for CARMEN
by Caroline Taylor on June 9, 2011 in News 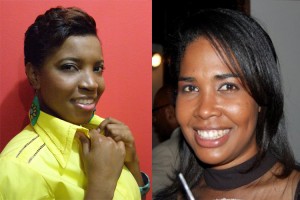 WEDNESDAY 27 APRIL, 2011 (PORT OF SPAIN, TRINIDAD): The Marionettes Chorale has completed casting for its landmark production of Bizet’s iconic opera, CARMEN! Sung in English and set for a July premiere at Queen’s Hall, the bpTT-sponsored production is already becoming one of the most anticipated shows of the year.

“We received an overwhelming response to our unprecedented open auditions last month,” explains Marionettes Artistic & Musical Director Gretta Taylor. “The calibre of talent from artists based locally and those who have been working and studying abroad has been incredible. Too often we forget how talented and beautiful our people truly are.”

The breadth of talent at the auditions has produced two complete casts of singers, many of them multiple Championship winners at the Trinidad & Tobago Music Festival. The title role of Carmen will be performed by Candice Alcantara and Lesley Lewis-Alleyne, while Marlon De Bique and Nigel Floyd assume the role of love-sick corporal Don José. Arnold Phillip and Marvin Smith double as the bull-fighting toreador Escamillo, while the US-based Natalia Dopwell and Feryal Qudourah play the dutiful Micaëla.

The four leads are supported by a stellar cast of singers and actors: Nigel Pierre and Richard Pierre as Zuñiga; Arnold Phillip and Garfield Washington as Moralès; Jacqueline Smith and Ayrice Wilson as Frasquita; Patrice Quammie and Llettesha Sylvester as Mercédès; Kashif Dennis and Stephan Hernandez as Dancaïro; Raguel Gabriel and Errol James as Remendado; and Dwight Lewis and Caroline Taylor in the spoken roles of the Guide and Lillas Pastia. 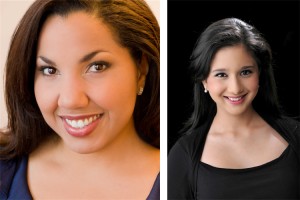 These award-winning vocalists will be joined by a premiere orchestra of local instrumentalists as well as several British musicians who will return to Trinidad after joining the Marionettes for their 45th anniversary celebrations two years ago.

“There is a lot of excitement all round,” explains Taylor. “We had a wonderful experience with our visiting British string players in 2009. Our members learned so much from them, and they were completely stunned by the versatility of the steel pan and our musical traditions. We look forward to another cultural exchange with them, and to sharing the stage with the visiting vocalists as well.”

In addition to being the first production of CARMEN featuring the national instrument, the steel pan, CARMEN also introduces a new partnership between the Marionettes and the University of Trinidad & Tobago (UTT). The Marionettes has been working closely with accomplished vocalist and educator, Dr. Vertrelle Mickens, on various aspects of the production.

The Marionettes is also partnering once again with its sponsor of 39 years, bpTT; as well as with the Noble Douglas Dance Company Inc (NDDCI); members of the Love Movement’s Lights of Love; and a decorated production team including Celia Wells, Margaret Sheppard, Randy Halfhide, Franklin Agarrat, Leslie Clement, Maureen Clement and Giselle Langton.