Over the years, many children’s and school choirs have guested with the Marionettes in their Trinidad and Tobago concerts. But since 1995, the Marionettes have had their own vibrant and show-stopping Youth Chorale. And in 2012, the Marionettes extended their junior choir programme with the formation of a Children’s Choir. The choristers have come from some 50 schools across the country, with membership reaching up to 100. 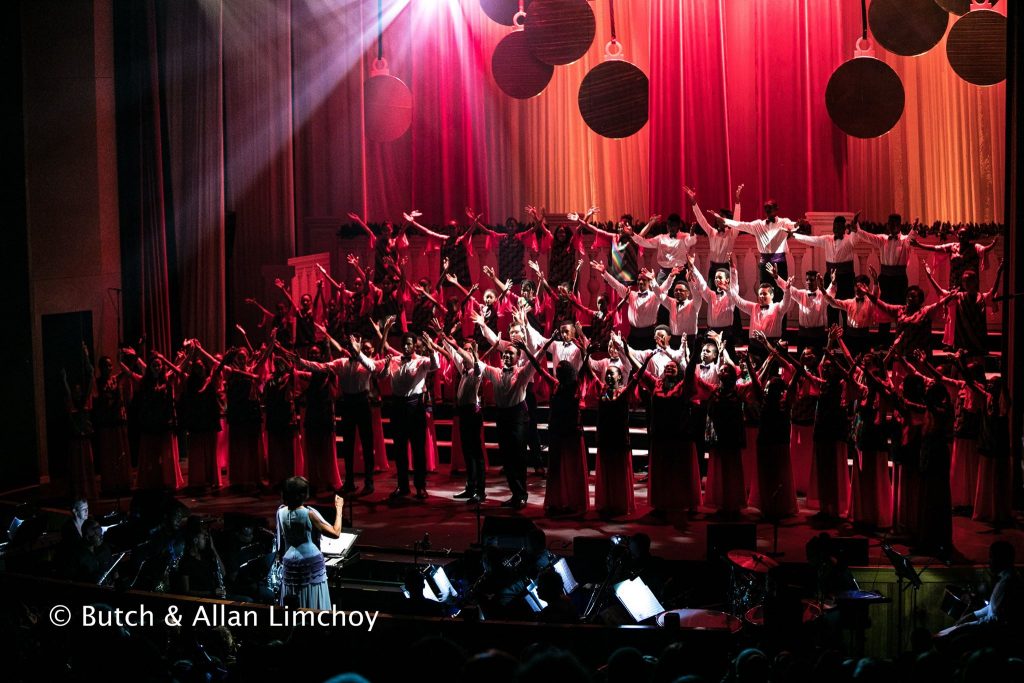 The Marionettes Youth Chorale at Queen’s Hall in 2017

Launch of the Youth Chorale

The Marionettes Youth Chorale was launched in July 1995, partly to groom young singers to join the senior Marionettes, but also to provide a serious musical outlet for and environment to nurture young singers, performers and instrumentalists. The group’s first performance was given by 57 members, all girls, from 16 different schools across Trinidad and Tobago. In July 1997, the choir became a mixed group, with the addition of 27 boys — all post-SEA/Common Entrance students.

Launch of the Children’s Choir

In early 2012, in response to numerous calls from parents and teachers, the group founded the Children’s Choirwithin the Youth Chorale, taking in talented young singers from eight years of age. Auditions were conducted around Easter of 2012, with the young choristers making their Marionettes stage debut in July 2012 in A Gift to the Nation at Queen’s Hall, Trinidad. 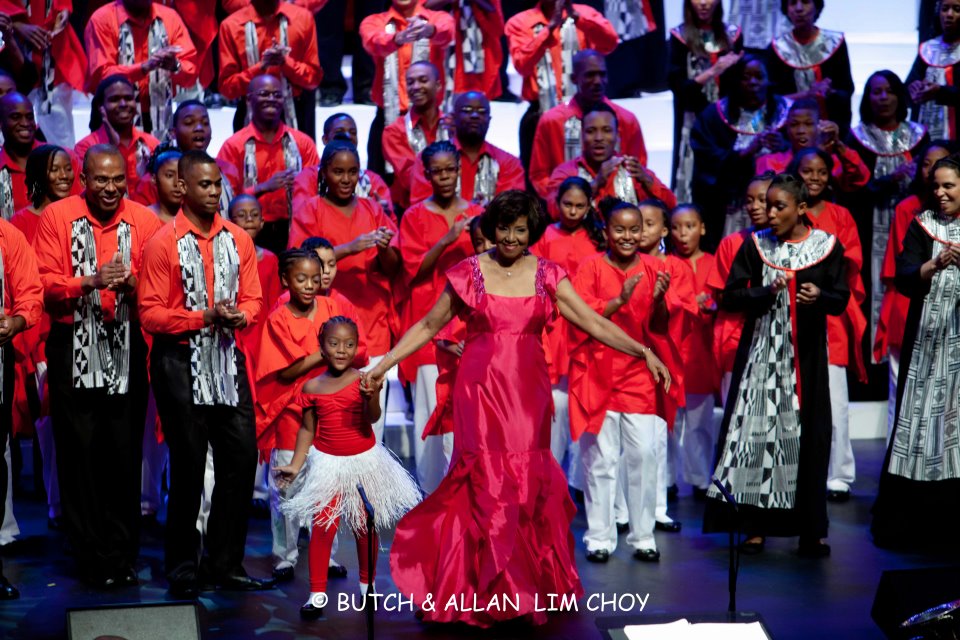 Instilling the love of music from an early age

Every Saturday, rain or shine, the members assemble to practice, despite all the competing pressures of busy weekends – sports, extra lessons, confirmation classes, peer pressure (even parental pressure on occasion), and all sorts of other extra-curricular activities. Their conductor Gretta Taylor is often asked whether a choir that in some seasons can swell to around 100 spirited youngsters isn’t something of a handful, even for an experienced teacher. Not a bit. “They are well-mannered and talented,” she reports, “bursting with enthusiasm and good humour.” 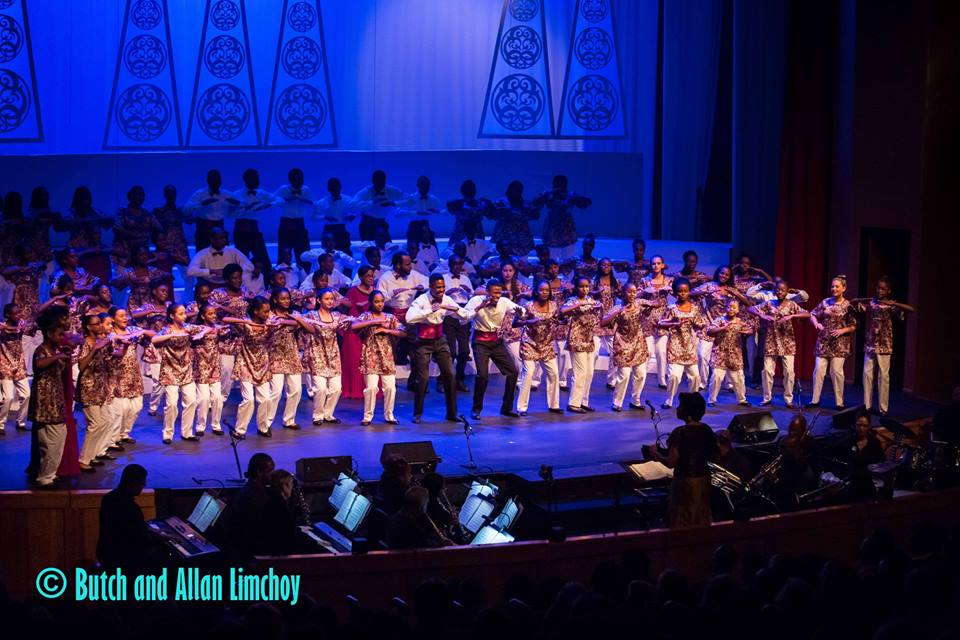 The youth groups are a vital social and development tool, and a wonderful setting in which young people can grow and explore their talent while meeting new friends and finding new mentors. And there is no evidence that healthy creative outlets like music-making are a deterrent to academic success. Quite the contrary.

Over the years, the choir’s members have emerged as the top of Caribbean Examinations Council (CXC) O Level Exams, Cambridge and CXC/CAPE A Level exams, and at the university level and beyond, with members who are Trinidad & Tobago National Scholarship winners and recipients of prestigious awards like the Rhodes, Fulbright, and Commonwealth Scholarships. They have also excelled at local competitions like the Biennial Music Festival, SanFest, Junior (and senior) Panorama, and Junior Soca and Calypso Monarch competitions.

The Youth Chorale has proven to be a seed bed for a new generation of professional artists, with several members going on to pursue studies in the performing arts, including music performance and music education, theatre, dance, design, videography, stage management, and more. Talented alumni like twin designers Karen and Kathy Norman (K2K) have designed gowns for the adult ladies choir and for conductor Gretta Taylor; Melissa Dore has produced much of the Marionettes’ audio-visual production; singers like Maegan Pollonais, Rory Wallace, and Feryal Qudourah have gone on to achieve doctorates in music; Kwasi Noel runs the Fatima College choir; singers like Guyanne Wilson has worked on choreography and production direction — as has Marlon De Bique, who also starred in Les Misérables and Carmen alongside other Youth Chorale alumni like Danielle Williams and Aurora Tardieu; Arielle Rostant has served as Marionettes stage manager; and Caroline Taylor has directed full-length Marionettes productions like Les Mis. 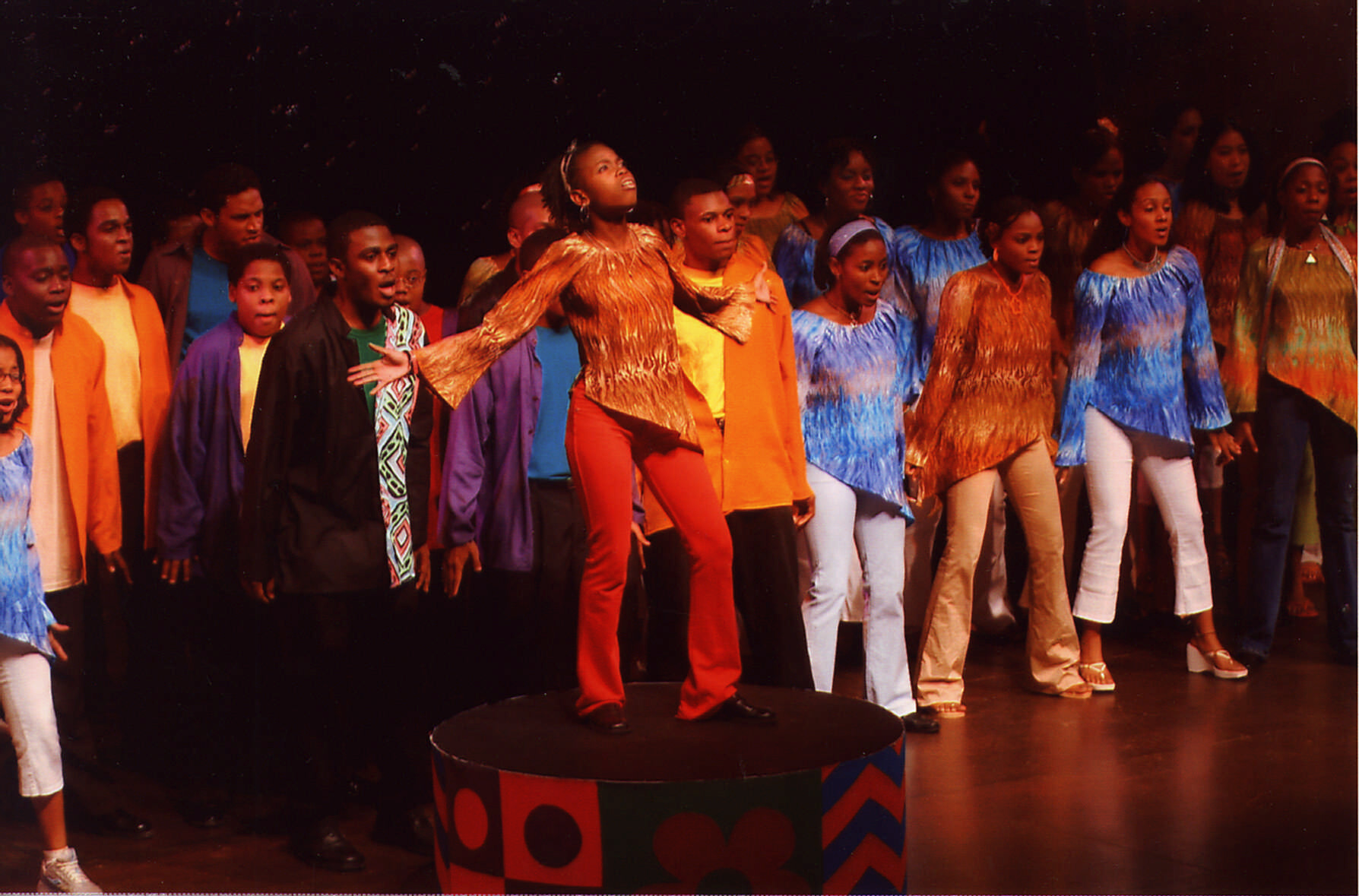 What members have said

“The two things that hit me when I come to the Marionettes are the warmth and energy of the people. These two things give classical and folk tunes alike a human and emotive quality that keeps people coming back for more”
– Vanessa Mason

“It means being a part of something that can mould you, strengthen your character, while you’re having fun, because you’re doing what you love”
– Natasha Tuitt

“The Marionettes Youth Chorale has become for me…a place where I’ve been able to express myself in the most exciting fashion – through music. This is compounded by an intimate sense despite its size. It really means a lot to me – it is sharing with my second family”
– Maurice Morancie

“It means that I am part of a community of people who share dreams and talents, thus a family is being formed”
– Andre Mangatal

“It’s the whole concert experience: the preparation, the feeling of being part of a concert which everyone knows is good; even the cut-eyes (aka “withering looks”), the tenors getting buffed for poor attendance, or the altos for not knowing the words, or the sopranos for ‘oohing’ too loudly, or the basses for not havin’ ‘poultry’ in their singing… I don’t think I could convey to you all how special a group we are.”
– Caroline Taylor